A British orchestra. An LGBT short film. A migrant documentary. What do they have in common?

Each of them had a story (or two) to tell. They all chose great editing to capture the eyes and ears of their audiences.

Scroll below and see some of the films and videos C.J. has cut for his clients.

THE GOSPEL ACCORDING TO ST DEREK

Director Andy Kimpton-Nye first examined the career of seminal British filmmaker Derek Jarman with Derek Jarman: Life as Art, a documentary commissioned by the BFI in 2004. Ten years later, he revisits the subject to reveal the artistic ethos behind Jarman's creative process, as recalled by a coterie of apostles that includes Tilda Swinton, Peter Tatchell, Tariq Ali, Simon Fisher Turner and other close collaborators.

The Gospel According to St Derek had its world premiere on January 31st at the Anatomy Museum, King's College, in London. It was featured on The Guardian VOD service between April and June, 2014. Subsequently, the film has had a range of international screenings in the US, Brazil and Australia, as well as the 19th Portobello Film Festival in London. See the official website of 400 Blows Productions for further screenings and other details.

Ayo has led an undocumented life in the UK since fleeing Africa, where he lost his partner to homophobic violence. Caught by the system, he is offered the chance to legalise his status — if he can provide the Home Office with evidence that he is a homosexual. Hoping to prove his orientation one club selfie at a time, Ayo soon relives the trauma and anxiety of his past.

Inspired by real-life accounts of persecution from African LGBT asylum seekers, Crypsis received a warm welcome at the BFI Flare Film Festival in London, as well as the Scottish Queer International Film Festival.

Kidnapped by a sadistic real estate agent, Kim must escape her captor's basement and warn her husband before he becomes the next victim. 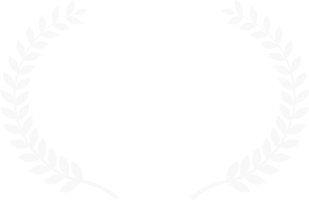 Paying tribute to 1970s cult classics from the golden age of horror, Last House on CCTV won the Audience Choice award at the 2021 Scottish Short Film Festival. The film was also nominated for Best Director, Best Sound and Best Editing — the second project edited by C.J. to do so (after Leaving Stockholm — see below).

Three countries. Four young Italians. Several months of pandemic agony. The mathematics of unprecedented disruption gain a face in Tornando a Casa, a documentary remembering the days when the world had no idea how to cope with the unpredictable advance of the coronavirus in 2020.

Made with first-hand amateur footage shot by ordinary people stranded at the wrong place and the wrong time when COVID-19 was at its peak, Tornando a Casa is a timeless record of what life actually looks like beyond the statistics and guidelines of vacillating governments.

Ely and Nick are facing off in the most British of battlefields: the garden allotment they share. As their rivalry snowballs, the two gardeners will need to confront the lengths they will go to in the name of pride, seed and soil.

The Scottish Chamber Orchestra invited 13 music students from Fife secondary schools to take their first steps in the world of composition during a weekend-long hands-on workshop. The resulting composition was then performed live by the participants themselves at the Univesity of St. Andrews.

Directed by Hans Lucas of Earnest Hemingway Films, Candlebird combines interviews, rehearsal footage and live performance to mirror the spontaneous collaboration and bold responses of the musicians' creative process. Watch the full film in the video above.

A dark basement was the extent of Helen's world for eight years before she escaped her deranged captor's house. As a young adult, she invites a television crew to document her recovery, threatening the fragile emotional balance between Helen and her estranged, reclusive mother.

Leaving Stockholm was nominated for the Best Editing of a Short Film award at the 2015 St Tropez International Film Festival in France. It also won the Women Filmmakers Award of Merit at the Best Shorts Competition in San Diego, California. The film enjoyed a hectic tour of the international film festival circuit, with screenings in Edinburgh, Madrid, Cannes and Atlanta, among other cities.

Starring Veronica Quilligan (Lisztomania, Robin and Marian), Leaving Stockholm is a poignant mockumentary that probes the shattered identity of an abuse survivor as she confronts the hard choices of her newfound freedom.

Brimming with wordless comedy, Cosmico won two awards at the 2016 Austin Revolution Film Festival. Other festival screenings include Athens, Hamburg, Berlin and London, as well as the 2015 Supernormal Festival (UK), where the film was described as "all your questions about religions answered in three minutes."